“I would love to be in the NFL, but you can’t play football forever,” said Plumb, a 6-foot-7, 297-pound offensive tackle.

Plumb is from Green Bay, Wisconsin, where his grandfather, Fritz Shurmur, spent the last four seasons of his coaching career as defensive coordinator for the Packers. Green Bay is known as Title Town because of football triumphs, but it is also recognized for an abundance of cheese and beer. The latter commodity piques Plumb’s post-football desire.

“I would love to open a brewery,” he said. “My sister got me a home brew kit for Christmas and I fell in love with that. I like breweries and I think that would be a great career to get into.”

Originally an elementary education major, Plumb completed a practicum and realized that spending years in a classroom wasn’t for him. He looked around, did research, and began to pursue a degree in enterprise leadership.

“I like the entrepreneurship side and how you can take any career path and make it your own,” Plumb said. “You are in the driver’s seat with this degree.”

Currently, Plumb is nearing the two-minute warning of Rob Gettemy’s Managing the Growth Business class, where he and classmates are running a simulated business for bicycles. He calls it the closest thing to owning his own business.

“That class will help me in the future with understanding what it takes to run a business and how the pieces need to work together to be successful,” Plumb said.

Plumb made his 13th career start Nov. 19 when Iowa defeated Minnesota, 13-10, to improve to 7-4. The Hawkeyes have won four straight games and are one victory from a second consecutive Big Ten West championship. For Plumb, the annual battle against the Golden Gophers was his 43rd game as a Hawkeye, and he notices similarities of what it takes to prosper on the gridiron and in business.

Being involved in football at the Division I level requires a major time commitment, as well as occasional missed class time. Plumb gives a high-five to professors at the University of Iowa for not only being understanding, but also helpful. He appreciates flexible deadlines for projects so he can focus on opposing defensive linemen on Saturdays, then use Sunday to focus on coursework.

“I just send them an email and they respond right away and they are understanding, which is awesome,” Plumb said. “It takes a little stress out of my life.”

Because of his physical stature, Plumb sticks out when walking to and from classes in the Pappajohn Business Building. But since he is a lineman and spends most of his extra-curricular time hidden under a helmet, few students identify him as a starting football player. That’s OK with Plumb, who shrinks from fanfare during the work week.

For now, most of his recognition comes while wearing his No. 79 Hawkeye football jersey. That will change soon since he is in the final year of playing eligibility. Plumb is guaranteed two more college football games — three if Iowa defeats Nebraska on Friday — then it is off to a more uncertain opportunity.

Whether that is professional football or professional brew master, Plumb knows the University of Iowa has prepared him for both. 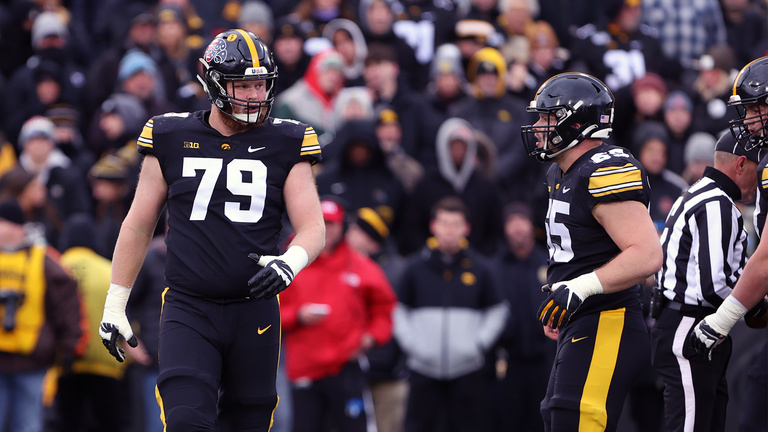 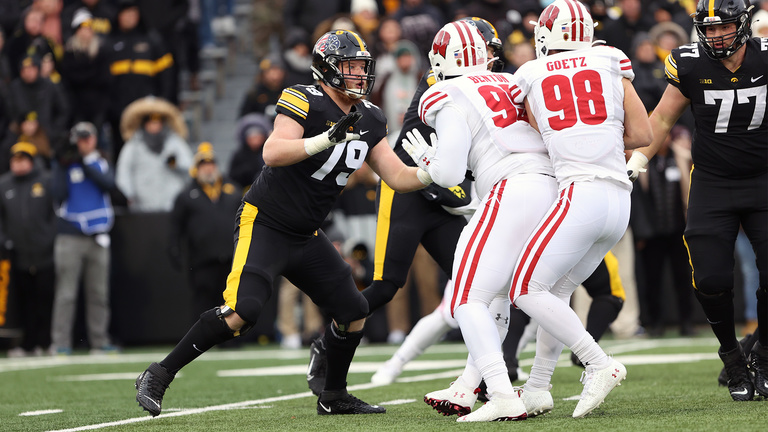 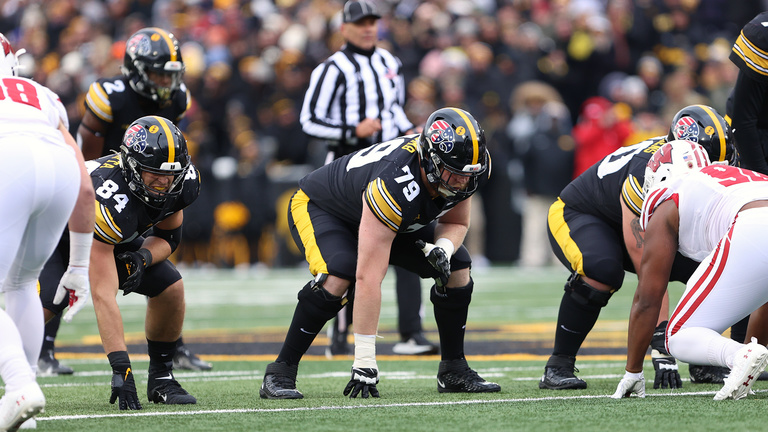 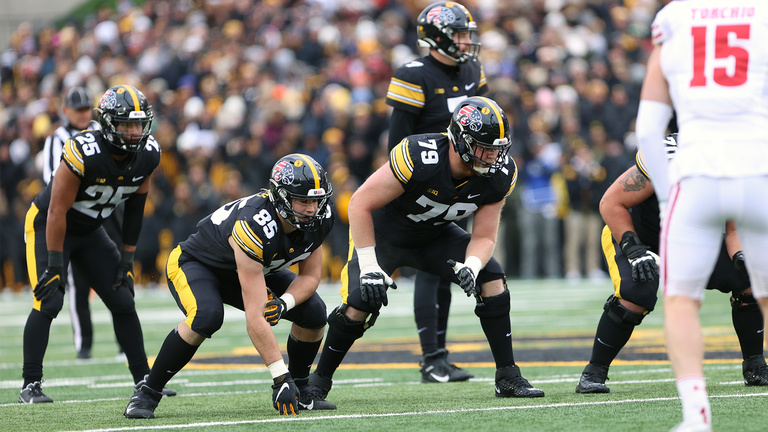 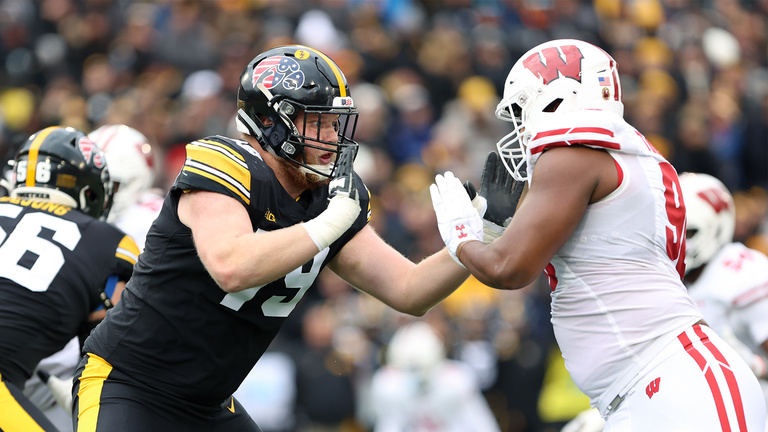 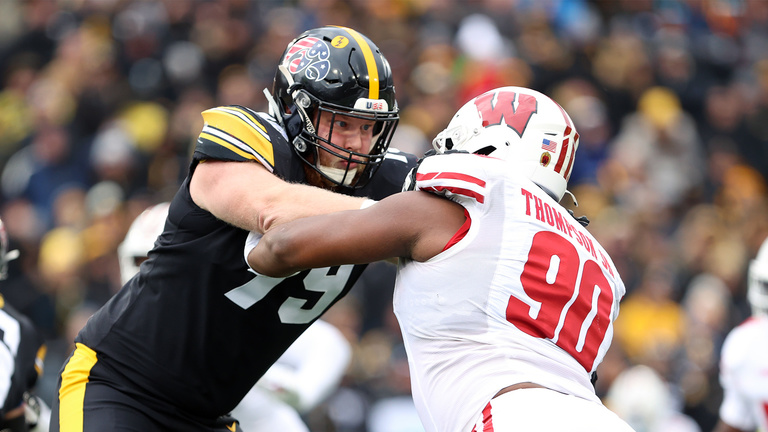 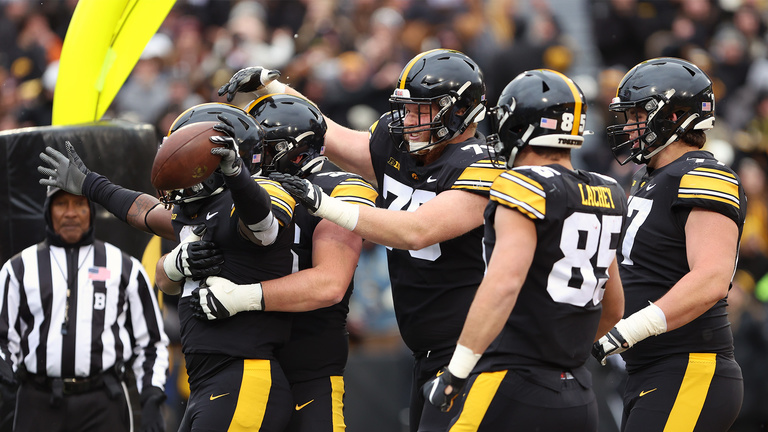 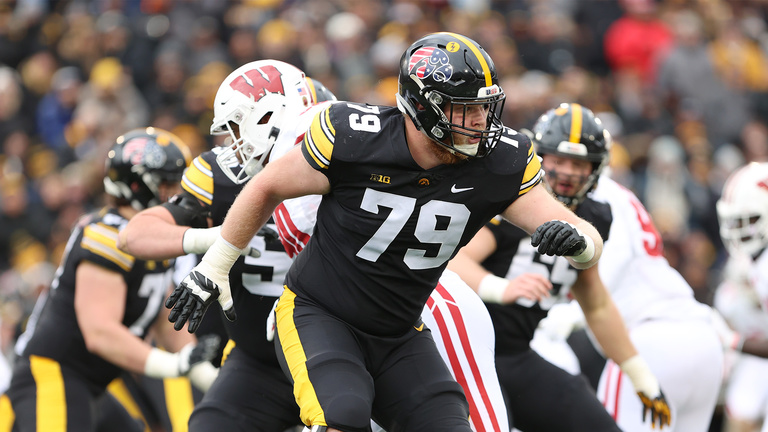