That’s the goal for University of Iowa alumna Kelsey Dawes, who is CEO and Founder of her newest company, Relevant Methylomics.

“I hope my technology will bring scientific integrity to the field of nutrition and can be used for patients to empower themselves to help change their outcome,” Dawes said.

A native of Van Horne, Iowa, Dawes earned a bachelor’s degree in interdepartmental studies with a focus on health in 2018. Four years later, she earned a Ph.D. in molecular medicine.

On Sept. 9, Dawes received a Student Startup of the Year award at the Innovation and Entrepreneurship Honors event hosted by the University of Iowa John Pappajohn Entrepreneurial Center (Iowa JPEC).

A year ago, Dawes was featured in the Iowa JPEC annual report for her business Diabetes Diagnostics. There, she used epigenetics to improve medicine; the goal of Relevant Methylomics is to prevent disorders from happening in the first place.

A saliva test, similar to those used in ancestry kits, will make using Relevant Methylomics easy and accessible for anyone. The results can be used to order custom-made vitamins or get a diet plan that is tailored to them, and get measured later to see if the regimen is working.

“We take out the guesswork” Dawes said.

The biggest advantage is by using epigenetics, Dawes can measure what someone’s nutritional needs are at the cellular level so they can catch diseases before they begin.

And with Relevant Methylomics, true prevention can be done at home, with options to incorporate physicians, dieticians, or any other key players on a person’s healthcare team.

“We want to arm patients and their providers with the information they need to change what they can, while they can,” Dawes said.

During her time in the Ph.D. program, Dawes knew she was in a commercial space with an entrepreneurial mindset. She was feeling a bit lost and alone before she was put in a startup incubator class with instructors Gregg Barcus and Kurt Heiar.

“It was a breath of fresh air,” said Dawes, who has been part of several incubators through Iowa JPEC. “They wanted to talk about how to turn my cutting-edge science into a product that could eventually be turned into medicine. Transitioning from an academic to one with an entrepreneurial mindset has been amazing. I am able to be a good CEO and do what I came here to do — change medicine and change lives — because of them. They constantly challenged me and told me the hard, but necessary truths which is important for growth.” 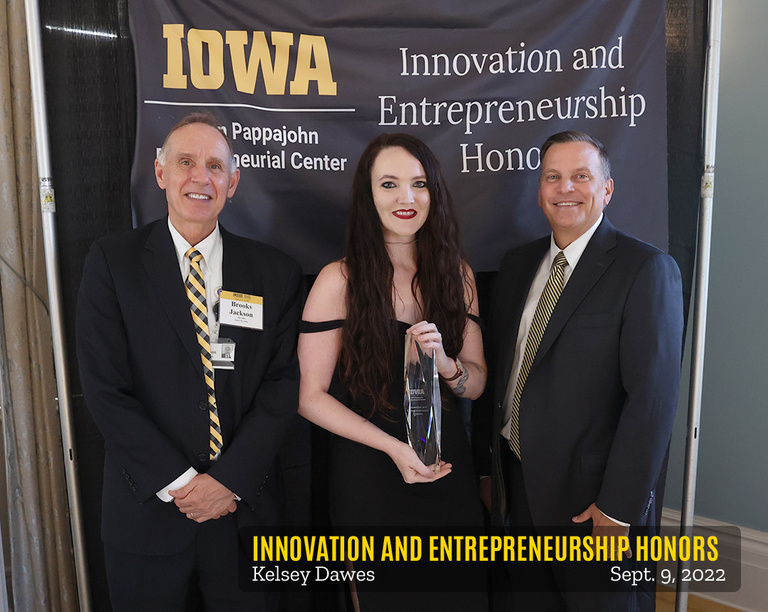 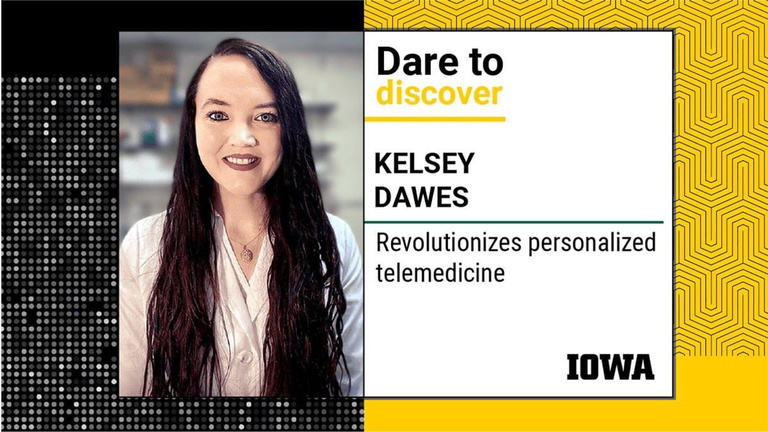 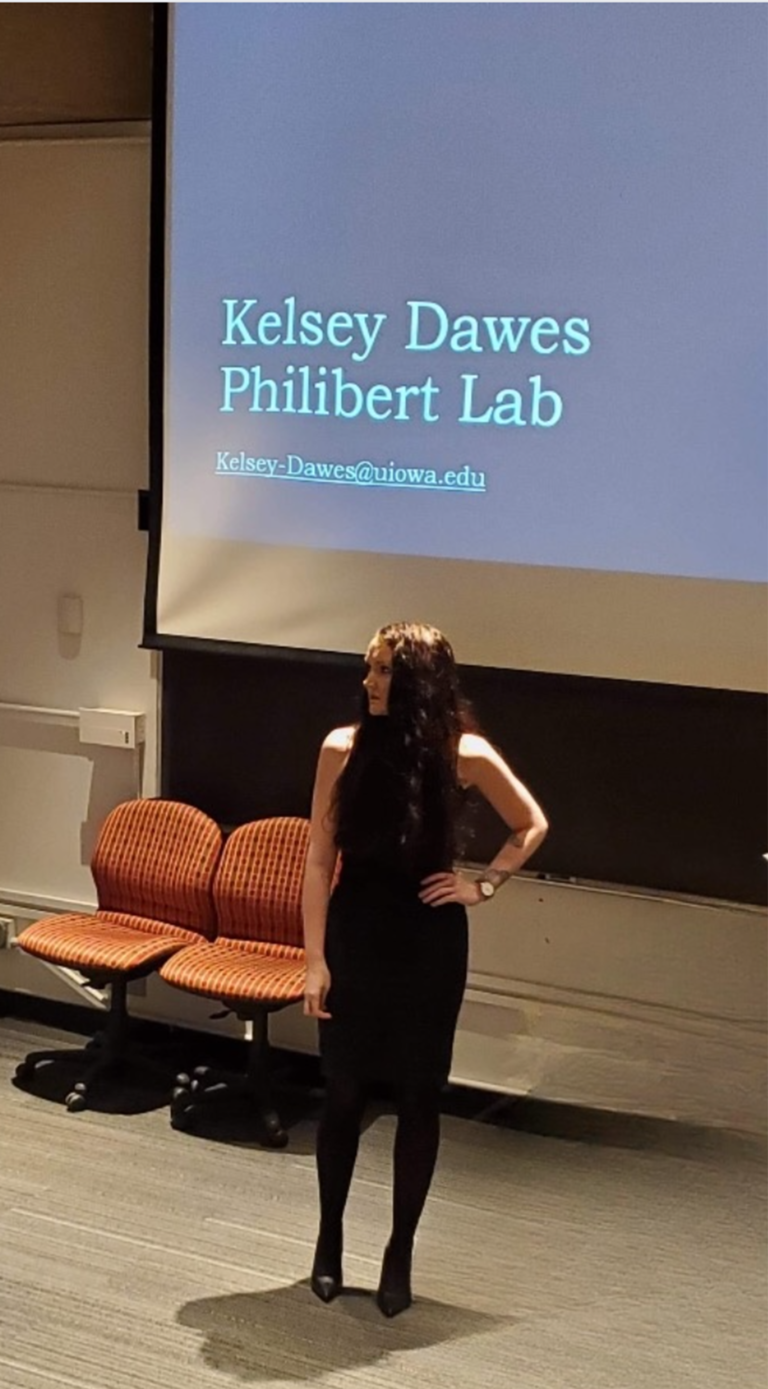 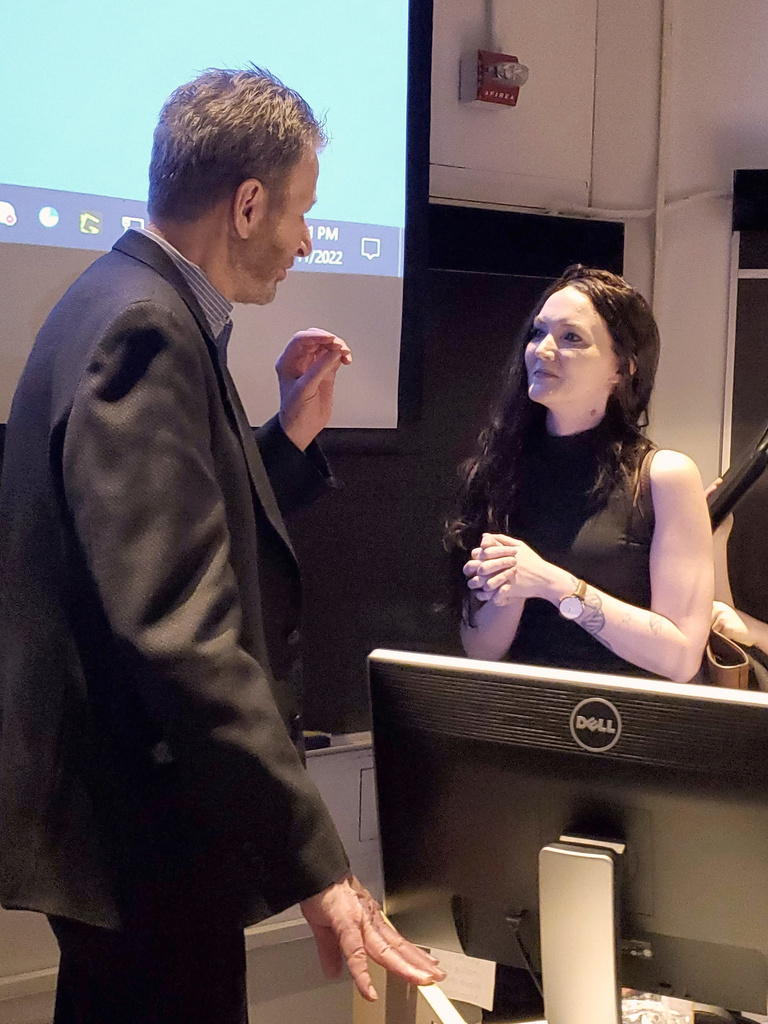 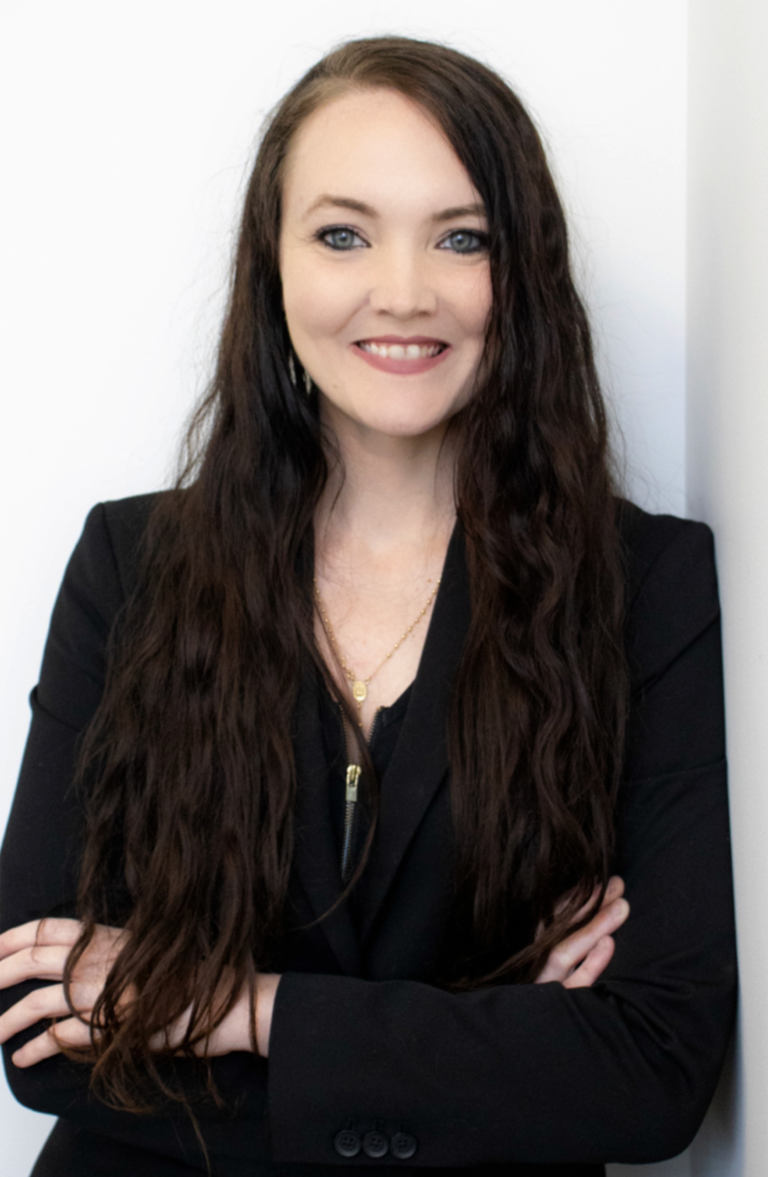