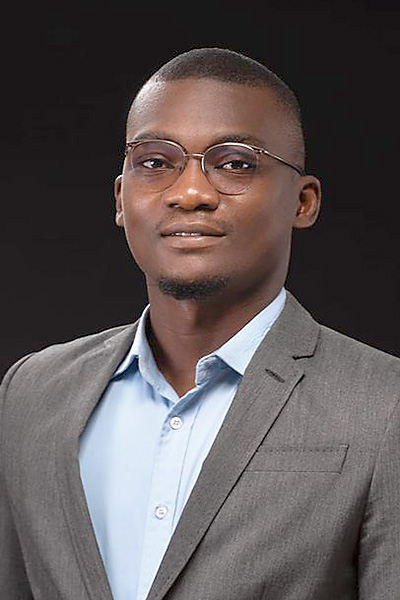 Abdoul Afize Ouedraogo has six years of experience in entrepreneurship and innovation. He is currently national project manager for Mahna, a project that supports youth and women in rural areas, students, and displaced people who want to become entrepreneurs. He is also co-founder of Agrikoura, an incubator that accompanies project holders in agribusiness, co-founder of Wagati, a company that finds energy solutions to enable households and businesses to reduce their energy consumption, and co-founder of Thoth in Edtech, a company that finds technological solutions in education. Ouedraogo is a former president and current board member of the Koura Association, which promotes entrepreneurship and innovation among youth and women. During his presidency, he helped establish Pepite d’Entreprise, a television show that encourages competition among entrepreneurs ages 18-35. He is now a member of the organizing committee and a member of the jury. Ouedraogo co-initiated the Onvote Project, a video game that raises awareness about good governance and civic mindedness. He is co-director of the Founder Institute Ouagadougou, the largest pre-seed company in the world. After completing the Mandela Washington Fellowship for Young African Leaders, Ouedraogo plans to use his new skills and networks to strengthen the entrepreneurial network in Burkina Faso.